When do you stop using rewards? 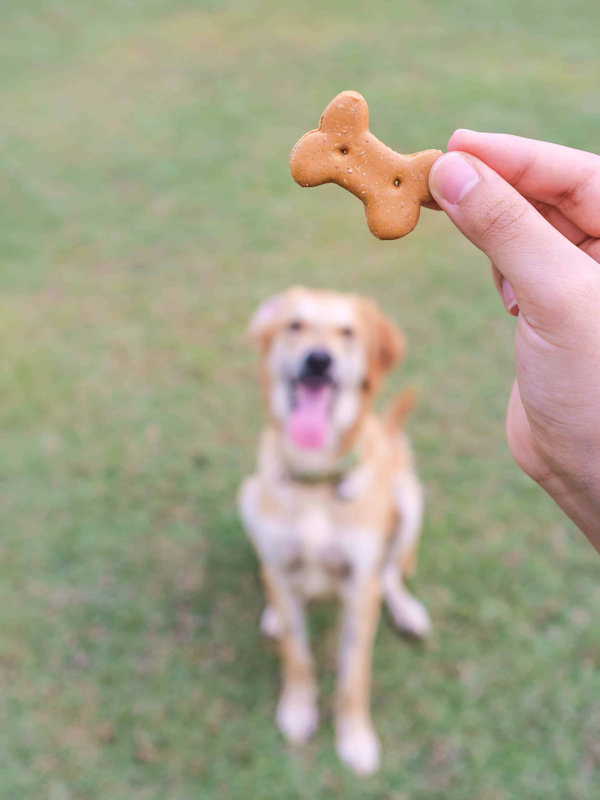 “When do you stop using rewards?”

That’s the question everyone asks when they begin training their dog. We use rewards, such as treats, quite frequently at the beginning, rewarding every repetition to build a reinforcement history. But inevitably, the owner grows weary of feeding treats or carrying a treat pouch. I find this often doubles with service dog in training (SDiT) teams because training is SO LONG. Keep in mind that rewards do not HAVE to be food, but food tends to be the easiest for most people to offer as a reward and it allows for quicker reinforcement. “But he knows it now, so I shouldn’t have to reward him.” So, when do you stop using rewards?

Well, before I answer, think about this: when does your job stop offering you a paycheck? I mean, after a while, you know the job, you know what to do, so by that logic, you don’t really need a paycheck do you? That’s how your job rewards you for going to work. If they suddenly stopped that, would you continue working for them? Probably not. “But I don’t want to have to reward him every time for every little thing!” Now that’s a bit different…

Let’s take a look at ratios. Ratios look like this: one dog, one handler would be 1:1 or one trainer to 3 SDiT teams would be 1:3. When we begin teaching something, we use a pretty high ratio for rewards, at 1:1 (one repetition of the behavior, one reward which could be a treat, a jackpot, a toy, etc). So using sit as an example, when we initially teach sit, we use a 1:1 ratio. But once the dog reliably performs a sit when asked, our ratio changes. You may use a 2:1 or 3:1 if they’ve progressed to that point. Hopefully you still praise your dog when he does it, but you may not offer the reward every time. When your dog can reliably perform at a 2:1 or 3:1 ratio, you usually then switch over to an INTERMITTENT REINFORCEMENT SCHEDULE. Uh oh, big words! Let’s break them down. Intermittent essentially means sometimes but not every time. Reinforcement schedule simply means how often we offer reinforcement. So this big term means we periodically (but not constantly) offer reinforcement for the performance of a certain behavior. The use of intermittent reinforcement has been proven to prevent the extinction (or loss) of a behavior, and makes the response stronger. For behavior we intentionally intermittently reinforce, this is awesome!

This can also work AGAINST us. For example, dogs that counter surf that are intermittently reinforced by finding something tasty in the counter are extremely hard to teach NOT to counter surf, because there’s that chance that the payoff will be nice. This is similar to gambling: people will keep going back because occasionally they win something. Based on the odds, they HAVE to eventually win something. Even though it isn’t constant, it keeps them coming back. So once you get away from an exact ratio for your dog, you begin an Intermittent reinforcement schedule. Sure, there may be a few times your dog doesn’t perform right away, but usually a reset is enough for him to succeed.

“But what about behaviors I truly can’t take a gamble on? Like recall, or medical alert tasks?” And this is the point I’ve been dying to get to. If your dog doesn’t sit immediately when you ask, it’s more than likely not a big deal. You may need to go back and train a little more and determine WHY he didn’t perform immediately, but other than inconvenience, it’s not a big deal at all. But then, those behaviors that may be life or death (for either of you), what about those?

Recall, medical alerts, intelligent disobedience (such as a guide dog refusing the “forward” cue because he sees a car coming) aren’t things we really desire to gamble on. Do you want your dog to make the choice that the recall isn’t actually worth it this time? Or that something else is more reinforcing than letting you know about an impending medical event? I don’t. I don’t want a dog thinking ANYTHING is better than recalls or medical alerts. Our safety depends on it. So how often do you reward those behaviors? 100% of the time. No, you read it correctly: EVERY. SINGLE. TIME. Don’t ever make your dog question if it’s worth the alert, or worth the recall, or worth the intelligent disobedience. Service dog tasks in general should have a VERY high if not constant reinforcement schedule, but tasks or behaviors that may be life or death need to be reinforced 100% of the time with something your dog REALLY loves. For my dog, it can be food or carrying my wallet. You’ll have to find what it is for your dog. “But what if I don’t have anything on me in that moment?” Either mark the behavior and quickly get to some treats, or do something else your dog enjoys (maybe zoomies around the yard together) and be sure to practice whatever the behavior was multiple times and offer treats for every rep (preferably in the same or a similar location) to rebuild that reinforcement history. If you can practice and build your reinforcement history, the performance and accuracy of the behavior shouldn’t suffer.

So when do you stop using rewards? You don’t. If your job stopped offering you a paycheck, you’d quit, there’s no reason for you to work. You will use FEWER treats, and you will reward less frequently, but it never goes away. Pure honest truth: I ALWAYS have something for my dog when we leave the house. It’s not always food, but I can come up with a reward if I don’t have something on me. Drop my leash and have to recall? Reward. Come across a pet that’s lunging and barking? Emergency U turn, run, and reward. Alert to impending medical event? Reward. It creates a super reliable dog that can’t WAIT to perform because the payoff is AWESOME! Think of it as commission on top of the paycheck, and always pay your dog for life or death behaviors.